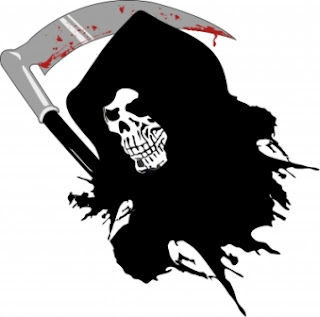 On the tenth day of a fortnight’s holiday in Tenerife, Mrs Jones and I were flagging. A combination of Spanish sunshine, overeating, hefty consumption of San Miguel lager and late-night revelling at the local Irish bars had left us feeling weary. At 58 years old, we don’t possess the same level of stamina as in our young adulthood. We decided on an early night – not with any intention of rumpy-pumpy, as we were too tired for that nonsense; a sustained 30-seconds of pelvic thrusting was way beyond our capabilities. The (smallish) rational parts of our brains insisted that less alcohol and more sleep would re-energise us for the remainder of the holiday.


So at 8.30pm, rather than bouncing into town, we opted for a quiet drink in our hotel bar as a prelude to bed. Perched on a leather settee, we observed our spacious and opulent surroundings: sparkling chandeliers, sturdy-oak coffee tables, mirrored walls, a bar displaying endless varieties of liqueurs and spirits, and bow-tied waitresses - in white blouses and black skirts - attentive to the needs of their guests. And oh so quiet. People spoke in whispers, as if mindful to not corrupt the sumptuous surrounds. The most noticeable sound was the clicking of stiletto on tile, as a waitress scurried to replenish a glass. Mrs Jones and I sat in silence, sipping our lager nightcaps; the heaviness of our lethargy made speech feel too much of an effort.


But then something remarkable happened.


Very gradually, we grew aware of another noise. An intermittent growling could be heard behind us, and we turned to discover the source. A bald headed man, maybe in his 70s, was slumped in his armchair, a half-full glass of stout on the table in front of him. His eyes were closed, his hands clasped in his lap. At the same table were three vacant chairs, the empty glasses in front of them suggesting recent occupation by his companions prior to their desertion.


We watched him closely. He’d clearly been there a while, as evidenced by the viscous spittle forming at the corners of his mouth. Each inward breath evoked a rasping snore followed by a silent pause, this soundless phase extending over several seconds, sufficiently long to evoke our concerns that the old fella may have expired. It was clear that the waitresses’ thoughts were along similar lines, each covertly monitoring him for signs of life as they cleared neighbouring tables. When the outbreath arrived, we could detect a collective sense of relief in the room.


I squeezed Mrs Jones’ hand and we turned to face each other. It seemed our minds were reaching a common conclusion.


Four hours later we could both be found in Paddy’s Bar, each holding a pint of Caffrey’s, screeching a tuneless rendition of ‘The Wild Rover’.

Photograph courtesy of Samandale at FreeDigitalPhotos.net