The joys of flying economy class 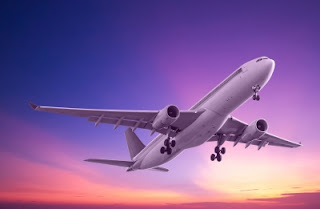 'Fourteen hours cooped up on a plane sounds like hell,’ said Mrs Jones.


‘I’m sure the time will fly past,’ I said, resorting to tame jokes as a way of getting into the holiday spirit.


We were boarding our flight from the UK to Singapore. I’m not a rich man; our allocated positions were in the economy section in the rear of the aircraft. As the only access point was at the front of the plane, we endured the passage through business class - the expanse of space sufficient to trigger agoraphobia - before reaching our seats, thirty rows of nine, resembling a tightly packed battalion advancing towards the enemy.


After the token welcome by the china-doll air hostesses – all lipstick-crusted smiles and pert rumps – we sat and observed our fellow travellers. Our attentions were drawn to a kerfuffle from six rows in front of us. A middle-aged lady was kicking off because there was no room to store her hand luggage in the locker above her seat; the hostess had placed it a couple of rows down. I leaned in to Mrs Jones and whispered,


Last to take their seats were a Chinese couple, each wearing a surgical mask over their mouths and noses. They looked like they had just been dragged out of the operating theatre, in the midst of removing a gall bladder, but I was reassured to note that neither was wielding a scalpel. Is it worth looking like an utter dipstick in an effort to filter out a few contaminants?


Two hours after take-off, and I’m still struggling to activate my touch-screen entertainment located on the back of the seat in front of me. The damn thing seems defective. As I repeatedly prod the glass monitor, the obese bloke across the aisle decides to stand – to aid his circulation, no doubt – and thrusts his lardy arse in my face. My nostrils detect the lurid combination of blue cheese and old sweat. I consider asking the Chinese fella if I can borrow his mask.


Bored, without any film to watch, I try to sleep. Each time I feel I might be slipping into the land of nod, my journey is halted by a toddler shrieking two rows behind, or a fast-moving hostess wafting past my ear.


Four hours into the journey, a major breakthrough: I discover the handset for my entertainment centre located in the arm of my chair – it wasn’t touchscreen after all. After much random button pressing, I stumble upon a back episode of Friends. I steal a few moments of escapism, smiling at Joey and lusting after Rachel, when I’m jolted from my musings by a whack to the head; the woman occupying the seat in front of me had decided to recline, the thrust back so violent it seemed as if she’d taken a run at it. Worse still, the tilt of my entertainment screen was such that the glare from the cabin lights now rendered it unwatchable.


And then the in-flight meal arrived. The pleasant hostess insisted the woman in front return her seat to the upright so as to grant me sufficient room to eat, and the prostrate figure grunted, exhaled loudly and grudgingly complied. Relishing my additional cubic centimetre of space, I peeled back the foil from my food tray to be confronted with spicy chicken noodles – for breakfast! I ordered a large glass of white wine to try and dampen my growing irritation but, at my second slurp, Zsa Zsa Gabor reclined again, causing spillage – with Chardonnay dripping off my nose, I patted her on the top of her over-lacquered head to ask her to return to the perpendicular, evoking more grimacing and muttering.


Resigned to torture, I spent further hours folded into my seat, neck, back and arse all aching to various degrees, enduring that dreadful mix of discomfort and tedium. The fat man across the aisle belched loudly, his wind deriving from the rapid consumption of five cans of Tiger beer. A young couple a few rows down were delivering a decent – or maybe indecent – rerun of the Jack and Rose sex scene from Titanic, with lots of groping, slurping and audible promises of undying love.


Thirteen hours and forty-nine minutes after take-off, we landed at Singapore airport.

P.S. I'm currently in the process of selling my house, car and body so we can afford business class on our next long-haul flight.

Photo courtesy of satit_srihin at FreeDigitalPhotos.net