I’m sure we’ve all had jobs in our youth or young adulthood that trigger a smile when we reminisce about them. As a naïve 19-year-old, I recall a temporary summer job during college vacation that instantly rendered me the most unpopular person in the whole factory. 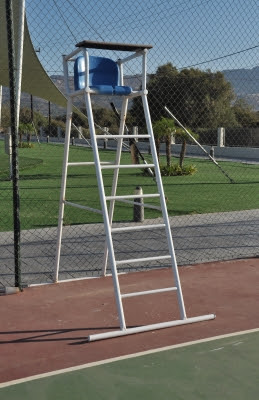 It was 1978, during my 12-week summer recess from university. To earn beer money I needed to work, so my mother helpfully found me a job at the local textile mill where she was employed as a weaver. Initially, my efforts were directed to general labouring tasks – such as scraping grease off the weaving-shed floor – but after a couple of weeks the boss called me into his office.


I was unsure what this role involved. Was it something to do with shit? A toilet monitor, perhaps? Or would I be running errands for him, maybe nipping out to the shop to buy his cigarettes? Maybe he wanted me for his bitch, to bugger me over his work desk whenever the urge arose? Whatever the job involved, it would surely be a step up from chiselling a year’s worth of detritus from between the power looms.


The boss was engaged in a mission to boost productivity. The factory was not churning out enough cloth and he wanted to know why. My – terribly important – role required me to sit on the top of a step ladder (like a tennis umpire) in the main weaving shed with a clipboard in one hand and a stopwatch in the other. This room contained 10 looms that rattled away transforming threads of yarn into linen, each machine manned by a responsible weaver. When a loom was active, a green light flashed above the machine; when stopped, a red light flashed. My job was to record the cumulative time that each machine was dormant.


As one might imagine, my presence in the weaving shed was not generally welcomed by the weavers; if their machines were stopped for any length of time, the management would ask questions. Nevertheless, I took to my ‘spying for the bosses’ role seriously, and was soon transformed into a Gestapo-like overseer of the inmates. Each time that red light flashed, my stopwatch started and remained on until the green light was restored; the period of inactivity was then noted on my chart.


Throughout each day of employment in this lofty position, a typical interaction went something like this:


WEAVER: What stoppages have you got for loom 7 this morning?


ME: (scrutinising my chart, my lips pursed in readiness for delivering bad news) Inactive on just the one occasion between 8.14 am and 8.35 am, that’s 21 minutes in total.


WEAVER: But that shouldn’t count. It wasn’t my fault – the warehouse bloke was slow bringing me my yarn and I ran out.


ME: Sorry, pal, but there is not a column on my chart for explanations. My task is to solely record the period of inactivity.


After a few days in the role I even noticed that a couple of the workers would strategically position themselves in front of their lights, obstructing my view, thereby requiring me to descend from my stepladder and strut through the weaving shed to (invariably) discover their red bulb flashing; the subsequent dramatic flash of my pencil on chart screamed the message, ‘you can’t fool me’.


My ‘time-and-motion’ role lasted two weeks, after which I returned to removing grease and other debris from the factory floor. To their eternal credit, none of the weavers held a grudge and I received no criticism in the aftermath. Come to think of it, they didn’t say much to me at all. And, now I look back, there did seem to be a sharp increase in number of accidental spillages that required my attention. And my break-time cup of tea acquired a strange yellowy-green tinge and a whiff of ammonia … …


Has anyone else ever worked in a role that made you unpopular?


Image courtesy of artur84 at FreeDigitalPhotos.net