What do doctor's receptionists talk about? 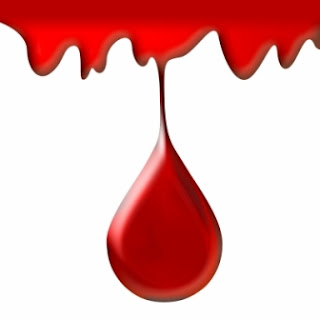 My haemorrhoids are misbehaving again. After completing my morning evacuation, the bathroom porcelain resembles the aftermath of the siege of Leningrad, with sufficient of the red stuff to supply the national blood bank for the next decade. So, reluctantly, I decided to see my doctor.


As per the formal procedure, I rang the health centre at 8.00 am to request an appointment. After noting my name and date of birth, the receptionist found me a slot later that morning. But the conversation was not yet over.


‘I’m now obliged to ask this,’ she said, followed by a short pause. ‘What is the problem that you want to see the doctor about?’


Somewhat taken aback by the intrusiveness of the question, a range of retorts pushed into my mind:


I’ve ruptured my foreskin while engaged in athletic love-making;


I’m farting so much I’m a fire risk when near a naked flame;


I tried on my wife’s bra and the metal wire from the left cup has punctured my lung;

My testicles are hanging so low, when I sit on the toilet they plunge into the water like depth charges.

But I resisted the temptation and, instead, told the truth.


‘I’m bleeding from the arse-hole.’


‘It’s OK, no worries,’ I said, starting to feel sorry for the lady’s awkwardness.


As I sat in the doctor’s waiting room two hours later, listening for my name to be called, I sensed eyes on me. When I glanced up, there were three female receptionists behind the glass talking and giggling to one another. I wondered which of the trio I’d spoken to earlier on the phone. Was it the young blonde lass, barely out of her teens; her inexperience might have been responsible for the awkwardness? Or was it the older, worldly-wise woman in the middle of the threesome, who seemed to be in charge? Maybe it was the smirking receptionist on the end, whose gaze was fixed in my direction?


And what were they discussing? The weather? What each was planning to eat for lunch? Or whether I was the bloke with rivulets of blood trickling down the crack of his arse? When I arose to see the doctor, I imagined them checking my waiting-room seat for stains.


But I subsequently realised that all my speculations were likely to be groundless. As I was leaving the doctor’s surgery, I overheard another patient - an old lady - standing at the reception window.


‘I need a follow-up appointment with the doctor,’ she announced. ‘I have to let him know whether I’m still leaking yellow goo out of my cherry.’


Clearly, the receptionists hear more spectacular stories than mine.

Photo courtesy of pixtawan at FreeDigitalPhotos.net