A lady's guide to controlling a man's erection

I’ve been thinking about my penis again.

This treasured male organ is arguably the most complicated, and least understood, piece of a chap’s body. Nevertheless, the knowledge of the factors controlling its rise and fall - whether it will puff out its chest and stand proud or burrow into the folds of the bollocks – can bestow ladies with a level of power that could dwarf the wizardry of Hermione in the Harry Potter films.

So here it is, the woman’s guide to how to control your man’s erection. Used wisely, your partner’s todger will inflate or deflate as you so wish, like a balloon permanently attached to your pump.

1. Flirting & teasing
Subtle flirting, with your beloved and other men, can send a tidal wave of blood towards your partner’s willy.

Sitting next to your dearest on the settee in the evening, clad only in a silky negligee, can often achieve good results. Importantly, he must know that you are not wearing any underwear; even though he’s seen your lady bits a thousand times, the knowledge of what is hiding a few inch above a flowery hemline can send the male of the species into a frenzy.

As for other men, an awareness that you can still attract testosterone-fuelled attention can be a turn on – maybe it’s something to do with a primitive instinct to compete for access to the on-heat female. The sight of the plumber glancing at Mrs Jones’ luscious arse, or a breast wobble, certainly can get my heater running, and I’m sure this doesn’t just apply to me. Does it? Really?

2. Pre-sex comments
When sexual activity is imminent, and the man lets the beast out of the cage – or in my case, when I seductively slip out of my off-white, gusset-worn briefs – the woman’s immediate reaction can determine whether it’s going to be a lusty marathon of uninhibited passion or a floppy 60-metre dash.

Facial expressions conveying awe are always welcome, particularly when accompanied by comments implying that the item swinging between the man’s legs is big enough to do some harm if driven by an irresponsible owner; ‘wow, what’s got into that big boy’ or ‘be gentle with me’ never fail to encourage further engorgement of the male organ.

In contrast, statements often used in response to a baby or a puppy – ‘ah look at him, how cute’ or ‘isn’t he adorable’ – will ensure the meat shrivels as quickly as a salted slug.


Gas emissions
Ladies, you may have shared the same bed with him for decades, but farting or belching during coitus are a definite no-no. The smell of gas, from either end of the digestive tract, will stun a stout erection like a taser, leaving it twitchy and limp.

4. Grasp his weapon with both hands

Irrespective of what the agony-aunts say, size matters. At least it does in the male mind, where a belief that heavy weaponry will be involved is essential to sustain an erection.

So, ladies, when you grab his willy don’t use a finger and thumb; that gives the impression of micro work, like threading cotton through a needle. Instead grab his todger with both hands, one above the other, as if about to climb a rope. Granted, in my case this may require David-Blaine-like illusionary skills and a degree of finger dexterity worthy of a professional hand-puppeteer, but the deception will always be rewarded with enhanced sexual performance.


5. Mid-coitus noises
In the midst of sexual abandon, orgasmic female cries – genuine or otherwise – will keep the phallic embers burning. Silence gives the impression (probably accurate in Mrs Jones’ case) that the lady’s mind has drifted and rather than being immersed in the pleasure of your lusty lunges, she is instead considering what colour of varnish she’ll put on her nails in the morning.

And some mid-sex comments must be avoided. Speaking from personal experience, guaranteed willy-softeners include: ‘Are you in yet?’; ‘Can you keep your mouth shut, you’re spitting all over me’; and ‘Will you cut your toe-nails – they’re like fucking talons!’.


6. Skin scratching
Urgent clawing of the male buttocks indicates that the lady is enjoying herself and, as such, sustains the blood flow to man’s fifth limb. Superficial scratches down the back - as long as they don’t cause haemorrhage and divert blood flow from where it’s most needed – are also helpful in instilling the primitive, animalistic dimension to the sexual act that men find so arousing.

A definite no-no, however, is inflicting pain on the meat and two veg. Ballocks are meant to be caressed and cradled, not grabbed and twisted. And fingernails piercing the todger is a sure-fire way of transforming a throbbing phallus into a wet straw.


So, ladies, there you have it; the knowledge and power to forever control the male member. What better skill could you wish for? Your welcome.

Sharing an office with Suzanne had many advantages.

In her early 30s, with shoulder-length auburn hair and full figure, she brightened my working week. Indeed, she kindled all my five senses. My 50-year-old eyes feasted on her taut buttocks and fulsome breasts – but only when she was occupied and wouldn’t notice my attention; I’m a gentleman and wouldn’t wish to make her feel uncomfortable nor for her, God forbid, to conclude that I was indulging in unwholesome thoughts. Her gentle voice caressed my eardrums with intelligent commentary on work-related issues. And as for smell, her entry into the office was always followed by a delightful waft of Opium perfume mingled with herbal-essence shampoo. Alas, the touching and tasting only happened within the confines of my imagination.


But there is one major drawback of sharing an office with a woman: you can’t fart. Amongst males, one can let an audible one fly, apologise, and carry on as normal. But with females around, gassy emissions are prohibited.


Contrary to what you read in biology textbooks and on social media, pretty women never fart. Nor do they defecate. It is a little-known fact that females’ waste products, and associated gases, evaporate from the tops of their heads and smell like hairspray.


One morning in the office, Suzanne at the adjacent desk, I felt the ominous stomach rumble, like the extended growl of thunder prior to an electric storm. A swirling vortex of noxious gas was demanding release and accelerating towards my arse. And I knew it would produce a stench of eye-watering intensity - six pints of finest cask ale the night before would see to that - so slipping it out silently was not an option.


‘I’ll pop out and photocopy this document’ I said, while rising from my chair and grabbing the nearest piece of paper from the desk.


‘No it’s OK’, I interrupted, already exiting the office. 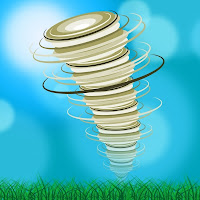 Clenching my buttocks, I scampered along the corridor to the deserted photocopying room and closed the door behind me. In the privacy of this oasis, I leaned forward, hands on my thighs, and prepared to let rip. But nothing happened. As with other bodily functions – urinating in the doctor’s bottle, achieving an erection during one’s first sexual encounter – the process of breaking wind can, paradoxically, fail to deliver when you most need it to. On this occasion, my intestinal cyclone of noxious vapour had performed a U-turn and burrowed into the depths of my gut. I loitered a couple of minutes beside the photocopier, expecting the stomach rumble to return, but the gas showed no sign of a seeking a reappearance.


Deflated in mood, if not in body, I returned to my office. As I entered I noticed Suzanne’s cheeks had turned crimson. Unusually, she did not look up to acknowledge my presence, instead maintaining an unwavering focus on her computer screen.


And then it hit me. A rancid mix of rotting egg and semi-digested cabbage clung to the inside of my nostrils. My embarrassment was palpable with the horrific realisation that, unknown to me, my fart must have slipped out during my hasty exit. After all, what other possible explanation could there be?