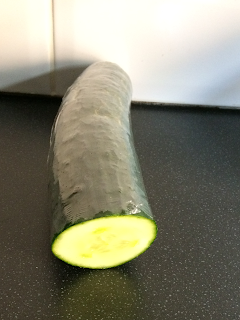 ‘On your way home, will you stop off at the supermarket for some salad stuff?’ asked Mrs Jones.


My car was in for its annual service so I took the call on my mobile while sitting in the garage waiting area. ‘Yes, sure. What items do we need?’


Two hours later I returned home and deposited the contents of my supermarket bag onto the kitchen worktop. Mrs Jones exhaled – audibly – and I detected a roll of the eyes followed by an implosion of her cheeks which, after 36 years together, I knew could mean only one thing: I’d cocked up, big time. 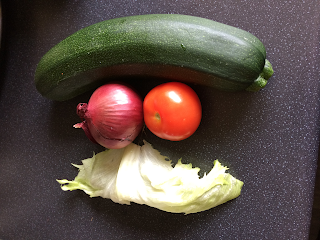 Failure to live up to a wife’s expectation typically means that a man is subjected to a circuitous form of interrogation that is intended to shame and humiliate.


‘Where’s the cucumber?’ she asked, while her foot tapped on the tiled floor, as if delivering a countdown to the moment of my execution.


‘There,’ I said, pointing to the large, cylindrical item in front of us.


‘What makes you think that’s a cucumber?’


‘It’s much bigger than any phallus I recognise,’ she said, now relishing the role of the strident prosecutor. ‘That is not a cucumber.’


‘A courgette. A marrow-like vegetable, sometimes referred to as a zucchini.’


‘It looks like a cucumber, so how was I supposed to know?’


‘Maybe the sign over the box in the supermarket that read, COURGETTES, might have given you a clue.’


Mrs Jones, savouring the taste of blood, broadened her onslaught. The tomatoes were insufficiently ripe, the onions partly rotten, and the lettuce much too big and shabby. (I must admit the lettuce resembled the severed, semi-decomposed head of an obese gladiator. Although it could have been worse; I almost brought home a cabbage).


And to add to my pain, I now recall that I don’t like the taste of courgettes. Something tells me they will be served up with every meal for a week.