Humiliation at the filling station 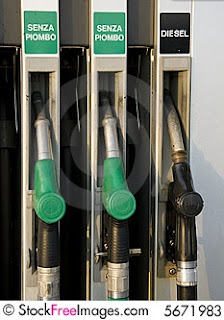 Last week, on my way home from work, I dropped into my local filling station to replenish the diesel in my Fiat Punto. Tank fully topped-up, I left the car at the pump and entered the payment kiosk, one which doubles as a mini-market, and joined one of the two queues. Upon reaching the front, I inserted my debit card into the machine to pay the £32.58 owing and tapped in my PIN number.

“Try it again” said the young female cashier, a hint of suspicion in her voice.

Dutifully, I removed my card and inserted it again.

“It won’t accept that card. Have you got another means of payment, sir?” Her manner had instantly changed. The warm, animated young female had transformed into robotic mode, no doubt regurgitating, word-for-word, what she had been taught on a recent staff-training event about dealing with a potential fraudster.

“It worked alright yesterday, and there are funds in the account,” I said, already becoming aware of how unconvincing I must sound, “Can I try it in the other machine?”

I was allowed to obstruct the flow of the other queue to try my debit card in another machine, but it was rejected again. My car was beginning to cause an obstruction on the garage forecourt, other garage users awkwardly manoeuvrering around it.

The girl sighed and, still in auto-pilot, said “You can try the cash-point down the road, but you will have to leave your car here sir.”

By now I was convinced that everyone in the mini-market listening to this exchange had concluded there was a con-man of ‘Robert Redford in The Sting’ proportion in their midst.

After some negotiation, the android behind the counter kindly agreed to let me use their own telephone, located on the counter within ear-shot of everyone in the mini-market, to contact my bank. It was quickly established there had been a block put on my card due to some “suspicious activity” on my account. I was put through to the bank’s fraud department.

The first set of security questions, to confirm I was the person whose name is on the credit card, were a breeze; full name, date-of-birth and full postal address, no problem. But when I was asked to name three current direct debits coming out of my account, my performance deteriorated.

“I don’t know,” I mumbled, “my wife takes care of all that. I think we have a mortgage with the Woolwich Building Society.”

“How much is it for?” asked the interrogator in the fraud department.

“Do you know your National Insurance Number?”

“Yes, hold on I’ve got it on my mobile phone.” As I fumbled to extract the required number from the “Notes” section of my iPhone, the cashier helpfully put the land-line on speaker-phone so I could respond without having to hold the receiver. Of course, this meant that everyone within a three-yard radius could hear the two-way conversation. I sensed the young girl was beginning to regain some of her animation.

Satisfied that I was not an impostor, the man from the bank (after cautioning me that it is a serious criminal offence not to answer truthfully) began to announce the recent transactions on my account to differentiate the genuine from the fraudulent.

“No, definitely not” I replied, sensing for the first time, that I might be gaining a morsel of credibility with my listeners. “That’s definitely not mine.”

“Yes that will be mine; we had a pub-lunch last Friday.” I didn’t want my acquaintances in the mini-market to think I was an addled drunk. I needn’t have worried about such trivial matters.

“Sorry Mr Jones, was that a debit you made or not?”

“Yes it was.” By this point I was avoiding eye-contact with anything human, staring instead at my car left abandoned on the garage forecourt.

“What about £90.00 to Viagra Online Generic Pharmacy on the 15th October?”

Identity established, they transiently lifted the block on my card to allow me to pay for my diesel and, head bowed, I sped from the filling station. My Fiat Punto's thirst for diesel will, from now on, be quenched at a different establishment.


I am participating in the Dude Write Starting Lineup this week where you can find some excellent posts by bloggers who happen to be dudes: http://dudewrite.blogspot.com)

A rare visit to the dentist 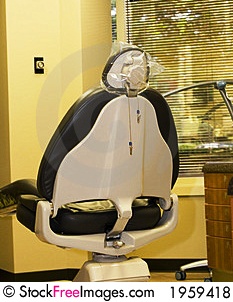 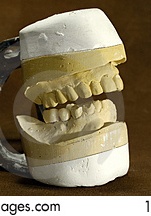 I visited the dentist today. It had been almost 15 years since my previous visit, at the time motivated only by a desire to set a good example for my two children. Since 1997 my ivories have been a no-go zone for everything other than my toothbrush and a twice-daily sliver of Colgate paste.

But over recent weeks, on three occasions, I have experienced jolts of discomfort when cold water has made contact with my pre-molars, ironically when rinsing my mouth after teeth-cleaning. I don’t like pain, so I decided it was time to make an appointment with my local driller and filler.

I dislike dentists. Although my aversion is not of phobic intensity, I still harbour bad memories from my childhood. During the 1960s I recall having 12 milk-teeth extracted in the space of a fortnight. I can picture the offending dentist like it was yesterday; unshaven, bad breath and a psychotic expression of Hannibal Lecter proportion as he pressed the gas mask forcefully over my nose and mouth. Suffocation in its rawest form; I can still smell the rubber mask as I squirmed under his weight, subsequently sliding into that slumber that must be the last stop before death. Even after the butcher had extracted his ivory booty, my ordeal wasn’t over. In the weeks following the teeth removal the gaping holes left in my gums acted as magnets for food which festered and gave off a sweet putrid smell. I was a solitary child.

Anyway, this afternoon I drove to the dental practice for my scheduled check-up and stepped into the surgery for the first time this century. The smell hit me straight away, not (thankfully) that of rotting gums but anti-sceptic mouthwash. At reception I paid the £17.50 fee and was given a medical questionnaire to complete. While sitting in the waiting room, completing the form and lying about my weekly alcohol intake, the pneumatic drilling sounds from the adjacent surgical rooms permeated the area. I listened intently for screams reminiscent of Dustin Hoffman in the Marathon Man.

The young, fresh-faced dental nurse had peered around the reception room door and I dutifully followed her into the surgery. Standing in front of that iconic, black leather chair (the seat of as great a suffering as the electrical variety) was the  dentist in his blue tunic, face-mask dangling under his chin.

The question seemed disingenuous, falsely implying that I had control over the situation, the sort of question the medieval torturer would ask before reaching for the thumb-screws. I explained my recent teeth-twinges and the 15-year gap since my last visit. I thought I detected an expectant look on the dentist’s face that behind my jowls lay sufficient fillings and extractions to pay for his imminent house extension.

The dentist directed me to sit in the chair, and lowered me into the fully horizontal. I felt exposed and vulnerable; I stifled an urge to check that my zipper wasn’t agape. He prodded my gums with a sharp implement and proceeded to check each tooth in turn, while saliva trickled out of the corners of my open mouth. I then had to bite on a plastic gags (as if about be anally penetrated by a well-hung Turkish-prison guard) while my teeth were x-rayed.

Twenty minutes later I was recalled from the waiting room to hear the verdict. I half expected him to don the black cap before passing sentence. Multiple extractions required? Dentures the only option? Or, at best, numerous fillings needed to plug the pot-holes? Not one bit of it!

“Remarkably, all you have is a bit of gum recession requiring some resin filler. And we’ll give you a scale and polish while we’re at it. But overall your teeth are in good shape.”

I could detect a hint of disappointment in his voice.

This experience reinforces my life-long view that, for the sake of longevity, one should always avoid doctors and dentists for as long as possible!