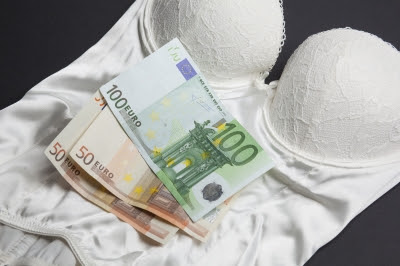 I’ve never availed myself of the services of a prostitute. In Amsterdam in the late 1970s I gawked from afar with youthful curiosity at the ladies of the night, each sitting in her individual shop window, before my trance was disturbed by the appearance of a testosterone-fuelled snarling pimp, who triggered my hasty retreat. But the prospect of entering a cavern where a multitude of semen-seeping males hitherto thrust and drooled has never appealed to me. There was, however, one occasion in 1987 – at the age of 29 – when I found myself up close and personal with a couple of working girls.


I’d opted to pursue some further vocational training that necessitated Mrs Jones and I moving home to live in the centre of Birmingham (England’s second largest city). Money was tight so the only place we could afford was a £20 ($28) per week ground-floor flat in the red-light area. The landlord, a pleasant gentleman of Asian origin, lived upstairs from us and dined on curries each evening; the unsettling smells of cinnamon, drifting down the stairs to mix with the mustiness rising from our carpets, lingers to this day.


Around 8.30 pm one dark winter’s evening I headed out for the shop on the corner of our street to buy bread, my coat collar pulled up over my ears and my head bowed to defend against the icy December gusts. Fifty metres from the grocery store, I glanced up and spotted them; standing outside the shop entrance were two women, perhaps in their early 40s – although the daily grind of their profession might have rendered this an overestimate – wearing only black stilettoes, flimsy tops and crimson skirts that scarcely covered their pubic bones.


I hesitated. My instinct was to about turn and head back home, but the two shivering ladies had spotted my approach and appeared to be anticipating a transaction, so my retreat at this point would look absurd. Trying to adopt a nonchalant, man-of-the-world, seen-it-all-before swagger, I continued my journey, avoided any eye contact, and strode past them to the entrance of the shop, keen to escape into the well-lit interior. But to my horror, the door was locked.


‘I think he’s just nipped out for a few minutes, love,’ said one of the ladies. ‘Should be back soon.’


‘He’ll have left a note on the door telling ye how long he’s gonna be,’ said her colleague.


While offering this helpful clarification, both women had approached and flanked me, each peering over my shoulder, forming a huddled trio, as we searched for the message estimating the time of the shopkeeper’s likely return. Their faces within an inch of my own, the pungent smell of excessive perfume caused my eyes to water.


PUNTER AND PROS DO THE BUSINESS IN SHOP DOORWAY


I was about to state my intention to come back later, when the shopkeeper appeared and unlocked the door. Muttering my thanks for their help to the two ladies of the night, I slipped inside to obtain my loaf, ensuring that my time spent browsing the shelves was sufficient for the women to vacate the doorway. As I left the shop I spotted one of the prostitutes leaning into the open window of a car that had pulled up alongside her.


As I sped for home, I remember thinking how that was 2-weeks rent.

Photo courtesy of adamr at FreeDigitalPhotos.net